Your OFAC Travel License, Cuban Visa and Cuban Travel Health Insurance are included and will be provided upon receipt of deposit.

BLACK ARTISTS OF D.C.
Black Artists of D.C. (BADC) warmly invites you to join us at the 13th Havana Biennial. The  purpose of BADC is to create a Black artists community to promote, develop and validate the culture, artistic expressions and aspirations of past and present artists of African ancestry in the Washington, D.C. metropolitan area. 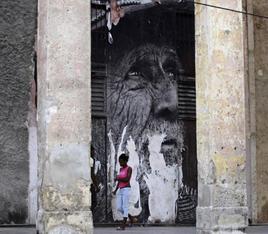 The city has produced some of Cuba's gr eatest contemporary musicians as well as several of its most stalwart revolutionaries, and it has served as the stage for some of the most storied events in Cuba's modern history. As the capital of the old Oriente province, it has the largest Afro-Cuban population in Cuba and a resolutely Afro-Caribbean feel that distinguishes it from the rest of Cuba. 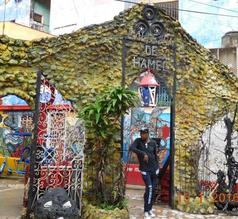 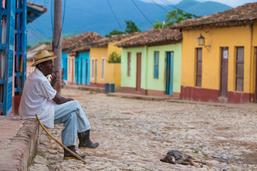 The city is known for its poets, culture, and Afro-Cuban folklore. Afrocuba, one of Cuba's  most acclaimed  folklore groups, performs the traditional African dances, percussion, and songs which still flourish as an integral part of the island's living legacy. 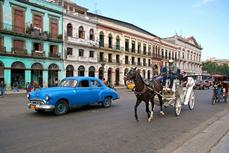 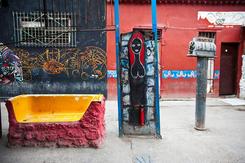 Can art involve a new social dimension and serve as a model for meeting with new sustainability structures? In what measure do  emerging practices of survival, emancipation and social development inspire and generate new narratives and artistic methodologies? What kind of relationships can we establish among curators, artists, projects, groups and emerging practices, national and international institutions, or even between different art circulation schemes?
The  13th Havana Biennial 2019 assumes as a space for those artists who understand creation as a living event or ongoing experience.

Santería is a syncretic religion formed from merging Roman Catholicism and Yoruba beliefs and today, priests of Santería practice in Trinidad. Rumba, the percussion-driven dance, that was practiced by African brotherhoods, can be seen in clubs and dance venues in Trinidad today. 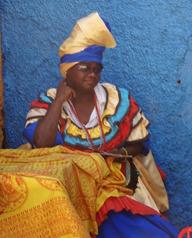 Vibrant, tropical, and often sweltering, Santiago is the country's liveliest cultural showpiece, outside of Havana. With a population just under a half-million people, Santiago is a world apart, with a unique history and rhythms all its own.

In literature, African references can be found in the works of some Cuba's most revered writers. Santeria and the related Palo Monte religion have enhanced Cubans' growing pride in the African part of their roots. And in art, the African influence is evidenced in the subjects and warm colors. Cuba's African culture is alive and well and continues to serve as the foundation for contemporary Cuban society.

Havana, the capital of Cuba, is the largest city in the Caribbean, and one of the most culturally rich urban centers in the world. The historic neighborhood of Vieja Habana (Old Havana), including the Presidential Palace and Cathedral Square, is a fascinating UNESCO World Heritage site. But while history is treasured in Havana, culture is celebrated, shared and exuberantly enjoyed.

13th HAVANA BIENNIAL
*The Construction of the Possible*

The city has a rich tradition of celebrating the arts. Camaguey  has an active performing arts scene, and is considered by some to be the cultural center of Cuba. The new city was built with a confusing lay-out of winding alleys. There are many blind alleys and forked streets that lead to squares of different sizes. Locals assert that, in truth,  the city developed without planning, and that winding streets developed out of everybody wanting to stay close to their local church.

Cuba's love of music and dance spills out in clubs, cabarets and impromptu street-side salsas. Unlike in North America, where drumming was often banned, "in Cuba, the conditions existed for an explicitly African culture to flourish into the present day," notes author Ned Sublette. "Maybe one of the most important lessons Cuba can teach a visiting child from the United States is the same lesson it can teach adults: the richness of Afro-Cuban culture". 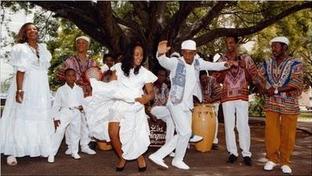 The colonial town of Cienfuegos was initially settled by immigrants of French origin. It has preserved a cultural link to these early settlers not only with the visible urban fabric but intangibly within an ethnic mix that also includes African, Spanish, and Chinese heritage. Situated on the Caribbean coast of southern-central Cuba at the heart of the country's sugar cane, mango, tobacco and coffee production area, the town first developed in the neoclassical style. Cienfuegos is the first, and an outstanding example of an architectural ensemble representing the new ideas of modernity, hygiene and order in urban planning as developed in Latin America. Afro-Cuban religions are center stage in Palmira, five miles north of Cienfuegos. Learn about religious brotherhoods here during a visit to the local museum.

YourWorld Consultant Group, Inc. has been granted License No. CT-2014-308260-1 by the United States Department of the Treasury, Office of Foreign Assets Control (OFAC), which authorizes those who register as participants in our programs to visit Cuba legally. Our itineraries provide a full-time schedule of people-to-people educational exchange activities designed to result in meaningful interactions between our travelers and individuals in Cuba. United States law requires that all participants in our programs adhere to the full-time schedule of people-to-people activities. As our guest, you're authorized to travel to Cuba under our people-to-people license issued by the U.S. Department of the Treasury.

The African roots left a distinctive mark on the formation process of Cuban culture. African peoples came from different ethnics groups: Yoruba, Mandingas, Congo, Carabali and Bantu. As a result, a culture totally different from the original roots was created. Within the present d efinition of Cuban culture, these ethnic roots are the basis of the popular traditions, culture and religions.  "No other country outside Africa has valued its African cultural components as much as Cuba has, and given them as much official recognition," says Oscar Fagette. African rhythms have influenced, not only all Cuban popular dance music, but also classical and folk music.

The 13th Havana Biennial 2019 proposes to encourage the interaction between creators, curators, experts and institutions, in a variety of ways that contribute to sustainable variants, without departing from the propositive nature that all work or artistic project represents. We aspire that art point out new paths of collective reasoning and that their achievements offer, from the confrontation of different creative models of circulation, a greater rapprochement between the levels of viewers, locations and experience. 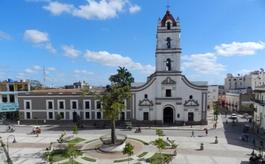 The company was founded in 1957 in the city of Matanzas, known as one of the cradles of Afro-Cuban folklore. There, many of the centuries-old African based traditions have been maintained in their purest form, some existing presently only in Matanzas.

The Construction of the Possible is the theoretical Platform of the 13th Havana Biennial 2019. The Biennial of Havana, recognized among the most prestigious events of Latin America, the Caribbean, and the world, has made visible not only Cuban thought and artistic practice, but artistic creation contemporary of the Southern Hemisphere and other regions of the world. Since it's emergence in 1984, the Havana Biennial has been a platform for justice and equality. It has stimulated socio-cultural work, theoretical reflection and the transforming role of the visual arts in a polarized world, culturally segregated and dominated by the supremacy of the market.​ 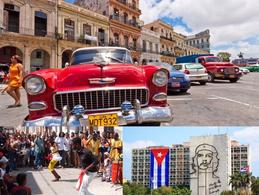 The UNESCO World Heritage Site of Trinidad, Cuba, was built on the back of the 19th- century sugar and slave trade. At the height of Trinidad's sugar-fueled revolution in 1827, the sugar mills were powered by the hands of slave-labor. The Africans shipped from the west coast of Africa brought their religions with them, and beliefs in the orishas (saints) of the Yoruba religion persisted and evolved.

A Historic Celebration of Cuban Art and Culture
The Curatorial Team of the Wifredo Lam Center for Contemporary Art announced, for the first time in history, the Art Biennial of Havana 2019 will spread outside of Havana. Cities including Matanzas, Cienfuegos, and Camaguey will host the international visual arts event as well.
Cuban art has been one of the island's greatest attractions over the decades. It is one of the most exciting and thriving art scenes in the world.  Enjoy this unique opportunity to simultaneously experience both a Cuba cultural tour and an immersion into one of the most interesting art festivals in the western hemisphere.
This year's theme is "The Construction of the Possible" and hundreds of artists from over 40 countries have been invited. 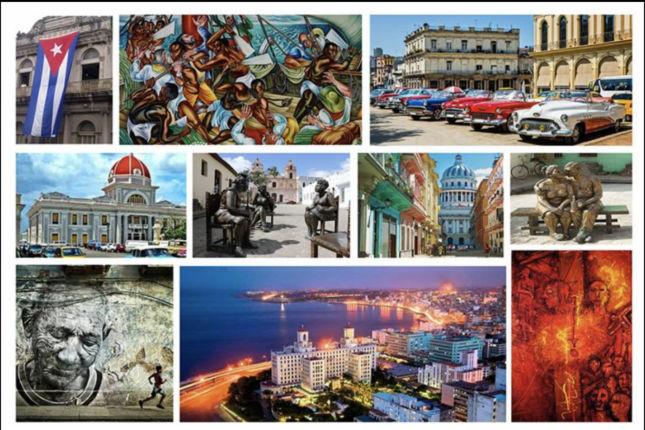 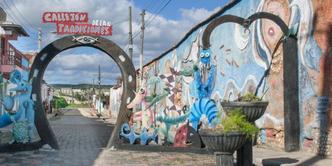 The Black Artists of D.C. will accomplish this by governing and organizing ourselves to include promoting collaborative and collective expressions; produce, exhibit, document, validate, continue and conserve our artistic legacy; create an advocacy for artists of African ancestry through collaborate community activity; share resources; and create and support a market for the art created by people of African descent. This people-to-people educational exchange program will allow us to share diverse art and cultural experiences by providing meaningful interactions with local Cuban people.