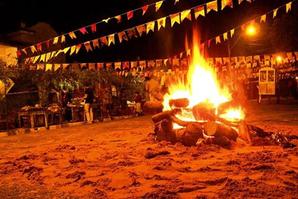 BUMBA-MEU-BOI FESTIVAL
It tells the story of an ox (boi) killed by a slave to satisfy his pregnant wife's food cravings. The farmer who owned the animal called on some Indian shamans (pajés), who brought the animal back to life. In São Luís, this ancient celebration takes place during the Brazilian June Festivals.
Bumba-Meu-BoiBumba-Meu-Boi is like carnaval in that there are parade groups, lavish costumes, songs and dancing.

After Salvador it has the largest collection of baroque architecture in Bahia. A major restoration of public monuments and private buildings was finished in 2003, and included revitalized streets and plazas in town. On an excursion to Cachoeira you can walk through the colorful country market and see architecture preserved from an age when Cachoeira shipped tons of tobacco and sugar downriver to Salvador.
One of the most interesting popular events in Cachoeira is the festival held each August by the Irmandade da Boa Morte (Sisterhood of Good Death). Organized by descendants of 19th-century slaves who founded an association of black women devoted to abolition.

CACHOEIRA
Cachoeira (Portuguese, meaning the waterfall), is an inland town of Bahia, Brazil, on the Paraguaçu River. This riverside colonial town dates from the 16th and 17th centuries, when sugarcane was the economy's mainstay. It has been designated a national monument and is the site of some of Brazil's most authentic Afro-Brazilian rituals. 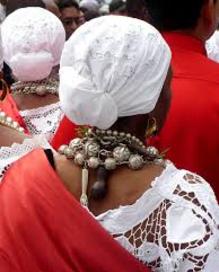 The festivities also include Tambor-de-Criola and Dança do Coco, music and dance forms unique to Maranhão. The rhythm and dances known as tambor de crioula, or "the black woman's drum", which date back to slavery times and feature women dancing to an engaging drum beat, are powerful, creative and spontaneous.

SALVADOR DA BAHIA
Bahia is the most African of all Brazilian states. In fact Africa abounds in the capital city of Salvador, also known because of its 80% African population. In this city of over two million, the culture is ruled by visible African ideas. 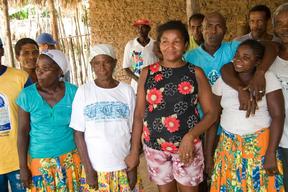 QUILOMBOLAS
Quilombolas are towns of black communities in rural Brazil, whose residents identify themselves as slave descendents. They are related to the runaway slaves who fled slavery and founded the quilombos, hidden-away communities marked by an organized anti-slavery movement defending their human rights to land, freedom, citizenship and equalness - slaves that refused to remain slaves.

C. Daniel Dawson
Photo: Ronald Herard
A multi-talented artist, C. Daniel Dawson has worked as a photographer, filmmaker, curator, arts administrator, consultant, and scholar. He has served as Curator of Photography, Film and Video at the Studio Museum in Harlem, New York; Director of Special Projects at the Caribbean Cultural Center, New York; Program Manager at the American Museum of Natural History, New York; and Curatorial Consultant and Director of Education at the Museum for African Art, New York.

Bumba-Meu-Boi is a combination of song, dance and play in which Indian, African and Iberian-Brazilian elements are mingled. There are an estimated 60 Bumba-Meu-Boi groups in the city, musicians playing a variety of instruments, such as zabumbas (large drums) and matracas (pieces of wood or iron rings which are struck against one another). The Bumba- Meu-Boi was originally a parody by the oppressed members of the population directed against the society of slave-owners, and accordingly was from time to time suppressed by the authorities.

A popular saying says that "Christmas is best celebrated at home and São João is best in the corral," in other words, best in the interior of the state, where thousands of people go to take advantage of the festivities. The São João Festival in Cachoeira is perhaps one of the most traditional with Forró music and 3-person bands called trios, typical of the Brazilian Northeast. There is also an open market at the Port where liquor and local fare are sold. In the Chapada Diamantina the São João Festival in Mucugê is worth a mention, as he is the town's patron saint. The exciting "war of the swords" - a type of fireworks - attracts tourists to the São João festivals in Cruz das Almas and Senhor do Bonfim.

SÃO JOÃO FESTIVAL
The São João Festival is commemorated throughout the state of Bahia with bonfires, fireworks, Forró music and square dancing as well as copious amounts of liquors and local delicacies. The devotion to all three saints was introduced to Bahia by Portuguese Jesuit priests during the colonial period. These lively celebrations are still enjoyed today. 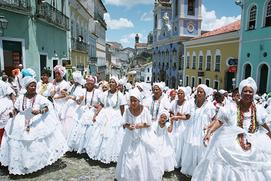 SÃO LUIS, MARANHÃO
São Luís, Maranhão is a city with a rich folk tradition that blends African, Amerindian, Portuguese and French influences. We will visit one of Maranhão's still functioning Quilombos. Each evening we will visit the Bumba-Meu-Boi Festival, one of Maranhão's most important folklore festivals celebrated annually in São Luís, but little known outside of Brazil.

African Continuities in the Americas: Brazil 2019 will examine the profound contemporary African legacy in Brazil as part of a dynamic living culture.
Prof. C. Daniel Dawson, will add to this precious occasion his profound knowledge of the people in the African Diaspora and their connections. Through his competent, uncompromising and passionate approach, Prof. Dawson will expand and guide your unique experience of a vibrant learning process in an incomparably joyous environment.

Throughout their history the quiIombolas have constantly fought for their rights, including the right to the land where they live and work. In this process of fighting for the land, many indigenous and black people were destroyed in the past. For many years, the quilombolas have existed through the country - they are found in at least 24 states.

AFRICAN PRESENCE IN BRAZIL
The legacy of Africa permeates all forms of contemporary Brazilian society. Religion, art, and culture continue to reflect the presence of the largest population of African people outside the continent of Africa. It is the intent of African Continuities in the Americas: Brazil 2019 to explore the linkages and examine the continuities that exist between Africa and the Americas.
YourWorld is offering an exciting travel celebration through Brazil, visiting four different cities to explore the continuities between Brazil and Africa. São Paulo, São Luis, Cachoeira and Salvador are located in the three Brazilian states that have the largest African populations. 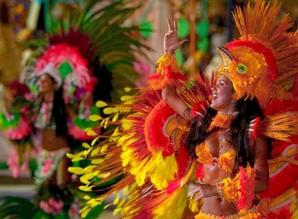 The local cuisine, musical traditions, dance forms, Bloco Afro carnival groups, acrobatic martial art of capoeira, vibrant visual arts, and even Bahia's ginga, the graceful swing of its people, are all living testaments to this permeating African influence. In addition, Bahia is full of beautiful beaches, and quiet and historically important countryside towns.

AFRICAN CONTINUITIES IN THE AMERICASTM 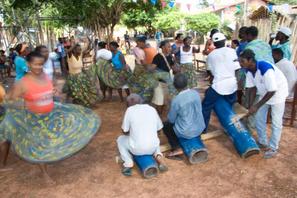 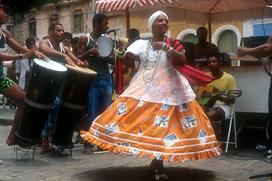